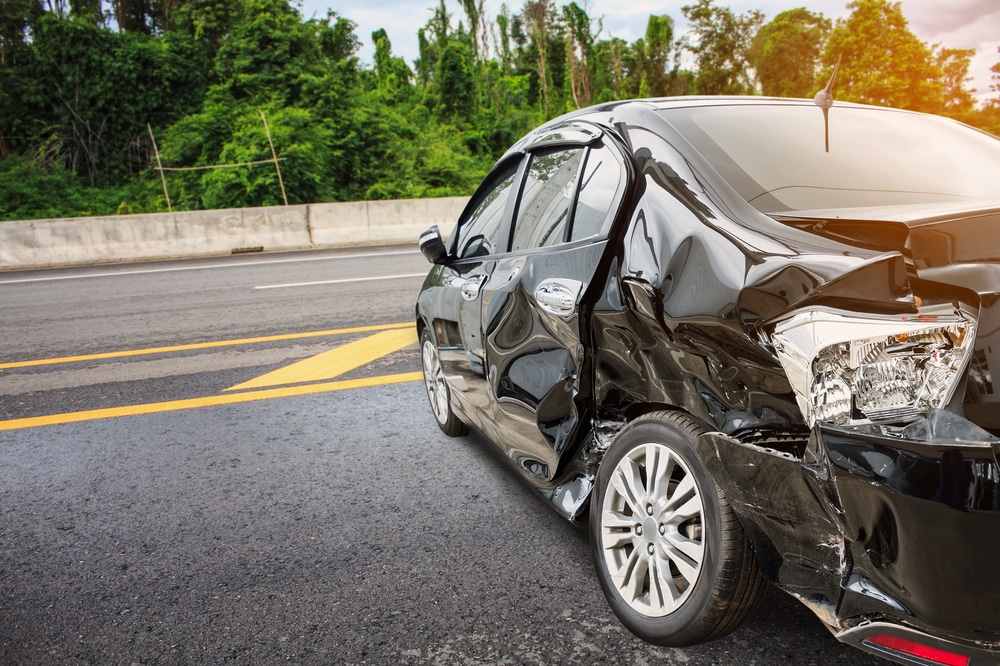 In 2016, there were nearly 18,000 automobile accidents each day in the United States, and that number continues to grow. Here are the car models that are most often involved.

When driving, it only takes a split second of inattention for an accident to occur. A glance at a new text message leads to a rear-end crash, or failing to look the right way before turning results in a sideswipe. Of course, not all of these collisions are fatal, but they are certainly dangerous. All in all, 36,750 people died as a result of automobile-related accidents in 2018—that’s just over 100 people daily. To put it in perspective, car accidents accounted for over one percent of all deaths in the United States last year.

To dive further into car collisions in America, the data science team at Insurify decided to take a look at which car models are involved in the most accidents.

To determine which car models have the most prior accidents, data scientists from Insurify, a website for auto insurance quotes comparison, pulled information from their database of over 1.6 million car insurance quotes. To apply, drivers input personal and vehicle information, including the model of car they drive, and whether or not they have been in a prior accident.

For each model, the number of drivers with an at-fault accident from the past seven years was analyzed against the population of drivers owning that model as a whole. Analysts then selected the 10 models with the highest shares of drivers with an accident. Data on car MSRP and city/highway miles per gallon was taken from Autoblog and U.S. News.

Kicking off the top 10 is the Hyundai Santa Fe Sport, one of two models from the Korean maker on the list. As an SUV, the Sport naturally doesn’t have excellent fuel efficiency—its MPG is tied for the lowest of any model in the top 10. The Sport model of Hyundai’s most popular SUV was also discontinued after 2017, though it was succeeded by the fourth generation of the normal Santa Fe.

Chevrolet is perhaps best known for its highly successful line of trucks, headlined by the Silverado, but the American manufacturer also produces a multitude of SUVs, including the Trax. It’s an affordable option—with an MSRP well below the national average—and has above average fuel efficiency. However, Trax drivers still suffer accidents at a rate nearly double the national average.

Much like the Hyundai Santa Fe, the CT is no longer available in the United States, and was discontinued in 2017. An electric hybrid vehicle, the CT has spectacular fuel efficiency—its MPG is the highest of any car in the top 10. However, it will cost owners a pretty penny. Just one model on the list has a higher MSRP than the CT.

The ILX was released in 2012, and is based on the ninth-generation Honda Civic, though it has received two design facelifts since the initial release. Because the ILX is made by Acura, a luxury brand, it runs on the expensive side, with an MSRP more expensive than six other vehicles on the top 10. It’s not necessarily a bad investment though, with a slew of driver assistance features thanks to the AcuraWatch “infotainment” system, as well as an excellent highway MPG available to customers willing to open their wallets.

The Mazda3, Mazda’s compact four-door sedan, became the Japanese manufacturer’s fastest-selling model in January 2019 and has sold over six million units since its 2003 debut. As a sedan, the Mazda3 is certainly an affordable car—just two others on the top 10 have a cheaper base MSRP—and an efficient one, with city and highway MPG figures above the national average.

The Subaru sedan also has the dubious honor of being the car with the highest proportion of models with a prior speeding offense. With a turbocharged engine, as well as what Subaru has dubbed “performance seats” and performance brakes, it’s not hard to see why WRX drivers would be tempted to push the speed limit. However, fixing a WRX after a wreck is likely not going to be cheap. Its MSRP is more expensive than all but two other models in the top 10.

The Q50 replaced Infiniti’s G50 sedan in 2013, and sold over 180,000 units in the five years following that. It’s certainly among the more pricey sedans out there—it’s over $4,000 more expensive than any other car on the list, but certainly makes up for it with a variety of features like a turbocharged engine, and a forward emergency braking system designed, ironically, to limit accidents.

The second of two Korean models in the top 10, the Elantra GT is a little less bulky than the Santa Fe Sport, which means that it has a better MPG on both city streets and the freeway. It’s also over $4,000 cheaper than the Sport, carries a hatchback design instead of a traditional SUV build, and a wireless charging station for commuters who are reliant on GPS. Nevertheless, the Elantra is also one of the models that is caught speeding most often, with a rate of cars caught speeding nearly 48 percent higher than the national average.

The Honda HR-V is one of the most affordable models on this list, with a base MSRP more expensive than just one other model in the top 10. Described by its manufacturer as “a subcompact sedan,” the HRV is certainly fuel-efficient, with a city MPG of 28—better than all the cars on this list except for the hybrid Lexus CT.

No car model has a higher rate of accidents than the Subaru Crosstrek, which is both fuel-efficient and cheap. It has the third-best city MPG of the cars in the top 10, and an MSRP below the national average. The car is advertised as “built to last” on Subaru’s website, though it seems that its durability is tested through accidents much more than the Japanese manufacturer would like. Interestingly, the 2019 edition of the Crosstrek also received the highest possible safety rating from the Insurance Institute of Highway Safety.